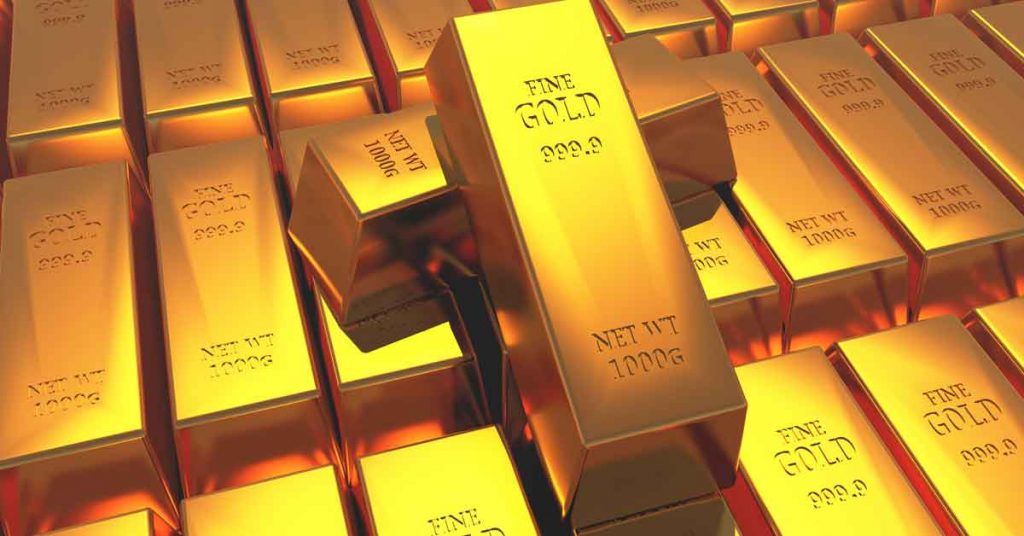 Gold was following a wave like movement during the week as we saw it moving up till Thursday and then diving down by the end of the week.

Gold edged higher for the second consecutive session on Thursday and was placed at the top end of its weekly trading range, around the $1227-28 region during the trading hours.

Spot gold has stood strong against a weaker dollar, with the precious metal’s spot price hovering at around $1228 – one of the highest levels it has seen since 11 November where it hit $1230 per ounce.

The Fed Chair Jerome Powell’s comments that rates are just below the neutral level now triggered a broad-based US Dollar weakness and prompted some short-covering trade around the dollar-denominated commodity. This weakness further strengthened the yellow metal and pushed prices higher.

The USD bearish pressure now seems to have abated, though expectations of a slowdown in interest rate hikes, reinforced by sliding US Treasury bond yields, kept pushing the non-yielding yellow metal higher through the mid-European session on Thursday.

Even the prevalent positive mood around European equity markets, which tends to undermine demand for traditional safe-haven assets, did little to prompt any fresh selling around the precious metal or stall the ongoing positive momentum.

The price of gold shot up on Thursday, following Bank of England statement (on 28th November), in which the BoE forecast the UK economy’s performance in the face of the various Brexit outcomes and warned of serious economic contraction with any ‘No Deal’ Brexit.

But post the U.S. data released on Friday, the dollar which was lying flat, gained momentum. Reports released were above expectations and this strengthened the dollar thus pushing gold prices down.

Further, Gold prices fell in the domestic markets too. Investors took this dip as an opportunity to buy. The appreciating (Indian) rupee has brought down prices. At this price level, jewellers and retail buyers are quite comfortable in making purchases.

Local gold prices were trading near their lowest in about three months as an appreciation in the rupee made overseas buying cheaper. Physical gold demand in the world’s second biggest bullion consumer India got a fillip this week from a slide in local rates due to gains in the rupee, while buying was steady in other top Asian hubs.

Though gold hasn’t shown an eye catching gain, it still holds importance in the portfolio of many. If we see closely, gold has been falling since the past seven years. It’s down by more than a third over that period. So clearly, the metal is cheap and makes itself more appealing as a safe haven asset.

The precious metal has been in free fall most of 2018, losing roughly 11% of its value since its January peak. And this year’s performance is a continuation of the longer-term trend.

Gold has slowly been trending higher since August. The metal is up a little more than 3% since then. And prices appear to be hitting what analysts describe as “higher lows.”

Gold prices have been falling for years. Investors recently hit their most extreme negative sentiment levels in nearly two decades. And now, the price is starting to move back up.

With investors now pricing in only one more rate hike in 2019, markets feel positive for gold and hence it has once again found acceptance in an investment portfolio. Will we see gold in an upward trend soon? Well the answer lies in 2019 as 2018 is about to end and which a holiday mood in the air markets are not expected to be much volatile in the coming days.