Tug of War for Gold

Till date, 2018 has been quite an interesting year for global financial markets. While the year started with the untying of the crypto currencies market, with the main assets falling by more than 50% and creating a huge wave of uncertainty across all asset class. 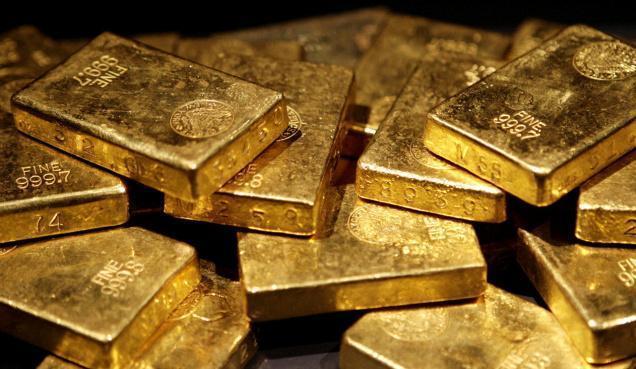 Following that, global financial markets started to fall, proving that the markets could drop even further

And when that was not enough, Trump flustered the financial markets by talking about tariffs to the Steel and Aluminium imports in a bid to protect local companies.

The Trump administration said that the tariffs would protect U.S. industry, but the dollar and Wall Street shares slumped as the plan sparked fears of a trade war and worries about its potentially negative impact on the world’s largest economy.

This will definitely open doors to a new trade war across the globe. As past events have shown, trade wars are never beneficial to any country.

An announcement by President Donald Trump regarding intentions to levy steep tariffs on imported steel and aluminium sparked a substantial sell-off in broader equity markets with traders finding relief in perceived safety of Gold.

The move fuels concerns that retaliation from competing countries could instigate a global trade war.

Meanwhile, Federal Reserve Chairman Jerome Powell said on Thursday there was no evidence the U.S. economy is overheating, and labor markets may still have room to improve as the central bank sticks with a gradual pace of rate hikes.

These consecutive evens have lead to a rise in the demand for the safe haven asset, thus pushing its prices high . Gold finally broke out of its Asian/early European session consolidation phase and spiked to fresh session tops in the last hour of the trading session on Friday.

A fresh wave of US Dollar selling interest, triggered by the US President Donald Trump’s tweet on trade war, provided some lift to dollar-denominated commodities – like gold.

Adding to this, global risk aversion trade, as depicted by a sea of red across European equity markets, was further seen underpinning demand for traditional safe-haven assets and remained supportive of the precious metal’s uptick.

Further, a goodish pickup in the US Treasury bond yields, amid growing speculations about faster Fed monetary policy tightening cycle, continued capping any strong gains for the non-yielding yellow metal.

This year, gold has traded within a narrow range. It has had a high of $1,365 and a low of $1300.  At the current price of $1307, gold has had a 50% retracement from its peak price of $1365. Ultimately, a combination of global risks and increased inflation may push the price higher.

The focus now shifts to key central bank rate decisions next week from the RBA, BoC, BoJ and ECB with the release of the February U.S. Non-Farm Payroll figures (NFP) highlighting the economic docket.

For gold, the importance will remain on the wage growth numbers coming Friday as the inflation outlook remains central focus for the Federal Reserve. As it stands, market participants are factoring three rate hikes this year, (starting with this month) and if the inflation picture improve expectations for higher rates may weigh on demand for gold which does not pay a dividend.

It is this pull and push war between interest rate expectations and the perceived threat of inflation / geological risk that has fueled four swings of more than 4% on either side over the past two months.

The precious metals market would continue looking out for interest rates along with the dollar’s movement. A stronger dollar and higher interest rates reduce demand for non-interest bearing gold as the metal becomes more expensive for holders of other currencies.

It would now be interesting to see if bulls are able to maintain their upper hand or the uptick is being sold into amid absent market moving economic releases from the US.