Gold prices ended last week on a high note as prices rose on Friday over the escalating US China trade war. Gold posted a weekly rise as the United States raised tariffs on Chinese goods and increased fears of a global economic slowdown, with a weaker dollar also offering support to the precious metal. 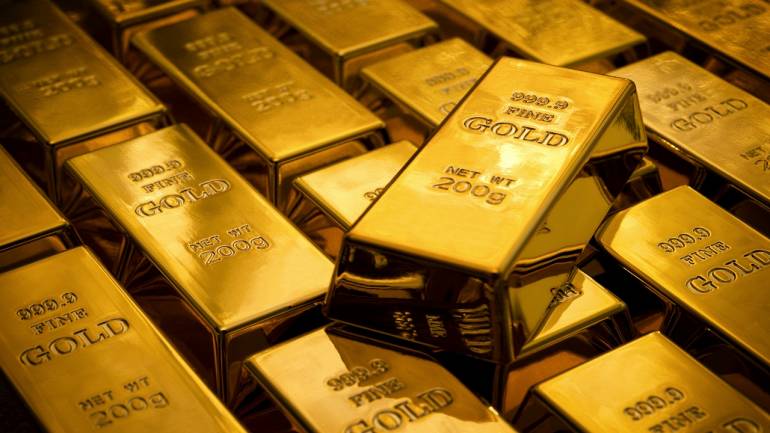 The above measures by the United States have led to an escalation of Sino-US economic and trade frictions, contrary to the consensus between China and the United States on resolving trade differences through consultations, jeopardizing the interests of both sides and not meeting the general expectations of the international community.

The United States intensified a tariff war with China on Friday by hiking levies on $200 billion worth of Chinese goods amid talks to rescue a trade deal. U.S. President Donald Trump said on Friday he was in no hurry to sign a trade deal with China.

Uncertainty over the real impact on [the] U.S. economy and Chinese economy was driving gold prices higher.

Gold pieces rallied over the following-

Initially markets were expected that a trade deal will be struck between the two biggest economies of the world. However what happened over the weekends was much beyond market expectations.

A full-scale trade war between the US and China began. This war of words is closer than ever after Beijing hit back with retaliatory tariffs on Monday. The Chinese Yuan fell by more than 1%, prompting a selloff in copper, while gold jumped $11 to 1299 and Bitcoin hits $7400. USD fell across the board on reports that some Chinese scholars have mentioned Beijing taking the “nuclear option” — selling US treasuries. Risk trades have been hit hard to start the week with safe haven assets surging.

After vowing over the weekend to “never surrender to external pressure”, Beijing defied President Trump’s demands that it not resort to retaliatory tariffs and announced plans to slap new levies on $60 billion in US goods.

Here’s a breakdown of how China will impose tariffs on 2,493 US goods. The new rates will take effect at the beginning of next month.

In further bad news for American farmers, China might stop purchasing agricultural products from the US, reduce its orders for Boeing planes and restrict service trade.

Chinas announcement of counter tariffs acted as a booster for gold prices and resulted in its rise. There have been talks in the market that the Peoples bank of China may start dumping Treasury’s. But will it also dump US stocks and real estate? Well now we get concrete reasons behind the piling of gold reserves by the biggest gold consumer of the world.