Lately there was a lot of discussion going around on the following issues- is it the time to buy gold? Will gold gain its safe haven appeal? Will investors continue to favour gold? 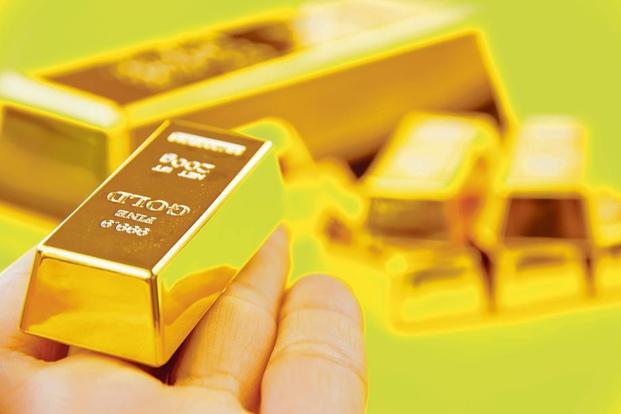 Well past few days gold gave all these answers. Since last Thursday gold has been in a positive mood, rising constantly and showing the hangover effects in the current week too.

Gold prices edged higher on Wednesday as some investors sought refuge in the precious metal after the global stocks tumbled and the U.S. dollar weakened. Spot gold rose 0.4 percent to $1,194.12 per ounce during late trading hours.

Continuing with the same behaviour in the current week, Gold rose more than 1 percent on Monday to its highest in about 2-1/2 months as investors sought refuge in the metal after mounting tensions between Western powers and Saudi Arabia compounded jitters in global stock markets.

There were varied reasons responsible behind gold gaining its glitter. Namely-

Global Equities- Stocks on major world markets fell to a three-month low, with the benchmark S&P500 stock index falling more than 3 percent, in its biggest one-day fall since February.  This created panic amongst investors.

Global stocks were under pressure, with European shares hitting 22-month lows on the back of a raft of factors including a U.S.-China trade dispute, rising tensions between Saudi Arabia and western powers, stalled Brexit negotiations and concerns over an economic slowdown in China.

Global Risks- the International Monetary Fund said last week that risks to the global financial system, which have risen over the past six months, could increase sharply if pressures in emerging markets escalate or global trade relations worsen.

Dollar- The U.S. dollar index retreated from a seven-week peak hit in the previous session. The dollar, a key driver for the precious metals, weakened against its currency rivals. Another haven market, however, U.S. Treasury bonds — chief among culprits influencing rickety stock trading of late — drew their own fresh demand Thursday, halting for now the rise in yields that spooked stock investors.

U.S. Stocks– Gold prices surged Thursday to the highest in more than two months, with the metal’s haven status in full force and attracting investment interest amid a sharp retreat for U.S. stocks that has infected foreign indexes

The market for gold bars and coins has also been boosted by China and Iran, as they seek to hedge against geopolitical tensions with the United States.

We all know that the rate hike has strengthened the dollar against major basket of currencies. This fall in other currencies against the dollar has had an adverse effect on some of the Administration’s tariff impositions.  Some U.S. manufacturers are already warning that the tariffs on Chinese goods in particular will have an adverse impact on input and consumer prices. If equities are seen as likely to fall further this could see an increased move towards safe haven assets like gold and silver.

We don’t know how far gold will stay or stabilise here, but for the time being gold has definitely given us investment goals. And with the markets gold down, people have increased their allocation towards gold.