A negative environment awaits for gold 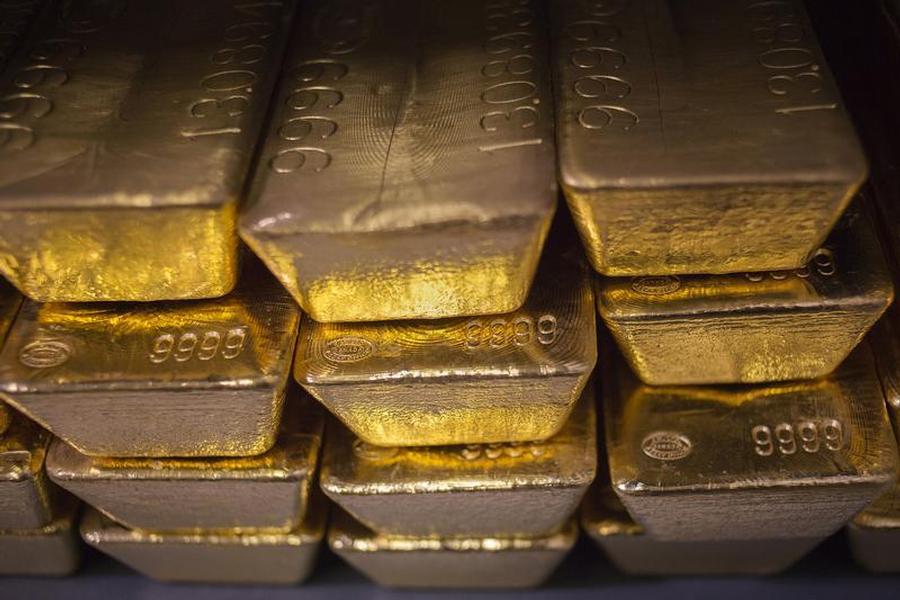 Gold prices fell Friday to their lowest settlement in nearly a year, with the precious metal failing to find safe-haven support from the U.S.-China trade dispute, as the U.S. dollar gained for the week.

old prices were muted on Friday, stuck in a tight trading range, as the dollar extended a rally from the previous session when strong U.S. inflation data and trade war concerns boosted demand for the greenback.

Gold prices fell again versus a rising Dollar on Friday in London, heading for a 1.3% weekly drop at new 2018 lows beneath $1240 per ounce as the US currency pushed higher on the FX markets amid President Donald Trump’s ongoing tour of Europe.

The dollar was upbeat near a 10-day peak versus a basket of currencies on Friday, supported by Treasury yields that edged higher on expectations the U.S. inflation rate will rise.

U.S. consumer price data on Thursday showed a steady build-up of inflation that could keep the Federal Reserve on a path of gradual interest rate increases.

Lately, the dollar has been very influential and one of the most prime mover for gold prices.

A stronger dollar—which has drawn haven demand amid the clash over trade between the U.S. and China and pushed higher on rising-rate expectations—has been the most significant headwind for gold. A strengthening greenback can make commodities linked to the monetary unit, such as gold, more expensive to buyers using other currencies

Market sentiments have been largely positive on the greenback as investors turned around from the safe haven asset despite rising geopolitical risks.

Currently, there is a lot of uncertainty prevailing in the markers as far as the trade was is concerned.

The United States and China could reopen talks on trade but only if Beijing is willing to make significant changes.

During times of uncertainty, gold prices can receive a boost as the metal is widely considered a safe-haven asset but bullion has failed to benefit from recent trade disputes.

But this is not the end of it.  Right now even the inflation numbers are not helping gold. This is because inflation numbers support higher interest rates and this will create a negative impact on gold. Gold, which is seen as a traditional hedge against price pressures, has shown little interest in the latest inflation data, which hit their highest level in six years

Furthermore, The Federal Reserve’s hawkish tightening cycle, a strong economy, and a higher U.S. dollar will steal all of the market’s attention this year as the trade war tensions pause, pressuring gold prices even further. All of these clubbed together, can create a significantly negative atmosphere for gold.