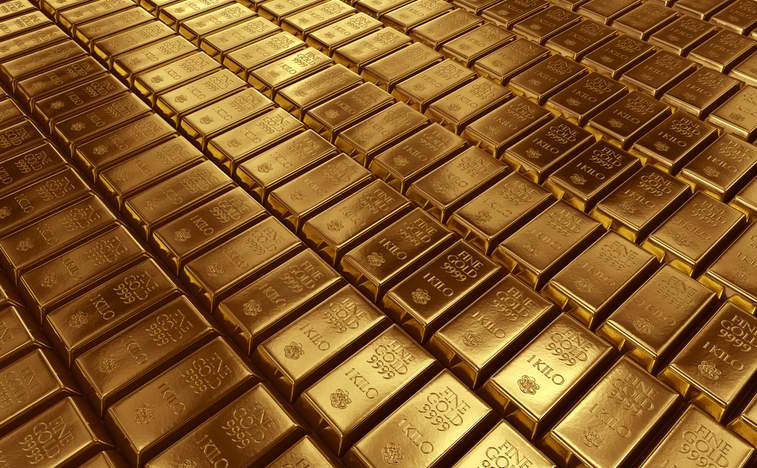 Gold has fallen out of favour as investors prefer havens such as the dollar, Treasuries and yen amid fears that a looming trade war will damage global growth, hurt earnings and drag down stock markets and other risk assets.

Gold has not fared well lately despite rising global trade tensions that have knocked down equities. Gold has been hurt by expectations for more Federal Reserve hikes complemented by a strengthening US dollar which further pulled down gold prices.

Many believe that gold has lost its shine. Each time it gets close to break the $1350 level, it fails and is unable to generate returns in a rising yield environment and the biggest obstacle for the yellow metal currently is the rally in US dollar .

Hence, precious metal’s “biggest disappointment” this year has been that it keeps failing to attract safe-haven inflows in a meaningful way.

Some even believe that gold has not bottomed out yet and there is further scope for a downfall as gold is oversold. With gold back to trading near six-month lows and prices struggling to catch a break during the past few weeks, analysts are saying that gold is failing to attract safe-haven interest due to a surging U.S. dollar.

However, given the recent equity-market correction and talk of a trade-driven slowdown in the global economy, it is likely that the market will start to get a lot less enthusiastic about aggressive Fed tightening and the US dollar. On the positive note, the interest-rate environment is becoming more favourable for gold, with inflation expectations rising — a good sign for the precious metal that has traditionally been viewed as an inflation hedge,

The Federal Reserve will probably raise interest rates two more times this year, and twice in 2019, while the European Central Bank will likely start tightening in September next year. That should shift the monetary policy divergence in favour of the euro relative to the dollar and be positive for gold in the greenback.

On top of that, lower gold prices might encourage more physical buying in key markets, including China and India.

So in the long term things look favorable for gold and the yellow metal might once again get into the safe haven mode.