Has the scenario changed for gold

Last week, gold prices had a chance to close at their highest since the middle of July. The fundamental backdrop was a combination of declines in the US Dollar and local front-end government bond yields. Since gold is priced in USD, a weaker greenback makes the precious metal relatively more expensive. As for the latter, when bond yields decline, the non-interest bearing asset looks comparatively more appealing. 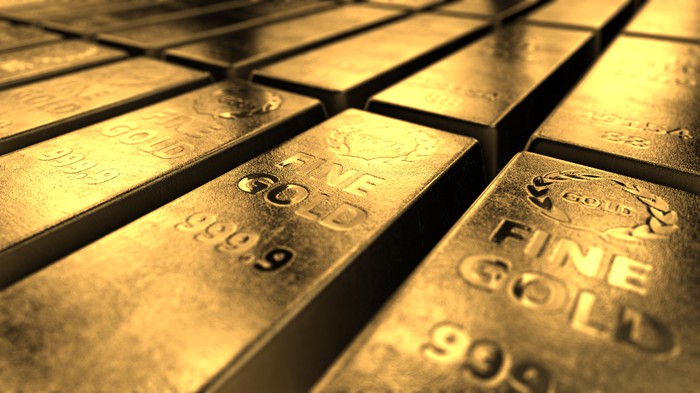 Though markets have shown a drastic behaviour in the past 10 days, things still good for gold. Though gold has been down almost 4 per cent for the year till date, last week was fairly positive for the yellow metal. No doubt equities have outperformed gold so far but any rally in gold prices and any further weakness in U.S equities will see a reverse behaviour thus gold outperforming stocks in the near future.

The Fed has already appeared to express doubts on the future pace of tightening, although the markets do not anticipate it holding off on the likely 25 basis point interest rate increase at the FOMC meeting in just over one week’s time.  Although a further sharp fall in U.S. equities in the coming week might, just, cause the Committee to change its mind.  It is likely to be under pressure from President Trump to keep interest rates, and thus the dollar, down given his tariff impositions seem to be having the effect of increasing the dollar index and, ultimately, putting up the cost of manufactured goods to the U.S. consumer.

The volatility in equities and dollar was influenced buy the ongoing trade war between China and U.S which appears to have backfired rapidly on the greenback.

The arrest in Vancouver of China’s Huawei Technology’s CFO and the company founder’s daughter in Canada has potentially inflamed the trade relations again.

In the bigger picture, The Fed is in a dilemma over a few factors that don’t fall under its control but will play an important role in the growth of the US economy which will further  influence any decision related to rate hike-

Trade war- is the United States’ trade dispute with China, further escalated this week by the arrest of the CFO of Huawei, one of China’s most important companies. While Trump and China’s president seemed to agree to a ceasefire over the weekend, the arrest makes the odds of a good trade deal most unlikely.

All four of these ongoing issues directly affect the Fed’s policy, and that’s what’s putting this independent entity in a bind when it comes to planning for the year ahead and manoeuvring other major, economy-altering changes like the rise of workplace automation.

The Fed is simply helpless and can’t do anything about the above mentioned trends. Just in case they won’t work in its favour then rate hike might be delayed which will surely push gold prices high.

Speculators are currently neutral for gold. They don’t believe it will dip neither they have faith in its upside potential. Though markets feel that chances if it going lower are high.

But if we see the long run, gold looks attractive.

Gold prices for the year have decline but look positive in the coming two years. A lower dollar, lower US Treasury yields, a recovery of the Chinese Yuan and higher jewellery demand will result in the upward trend.