Has the golden streak ended

Gold was seen under pressure since the middle of last week and has continued this sentiment for the current week now, testing vital support ratios near the 1330.00 U.S Dollars per ounce level. The precious metal stumbled as the Dollar gained in forex against the other major currencies. 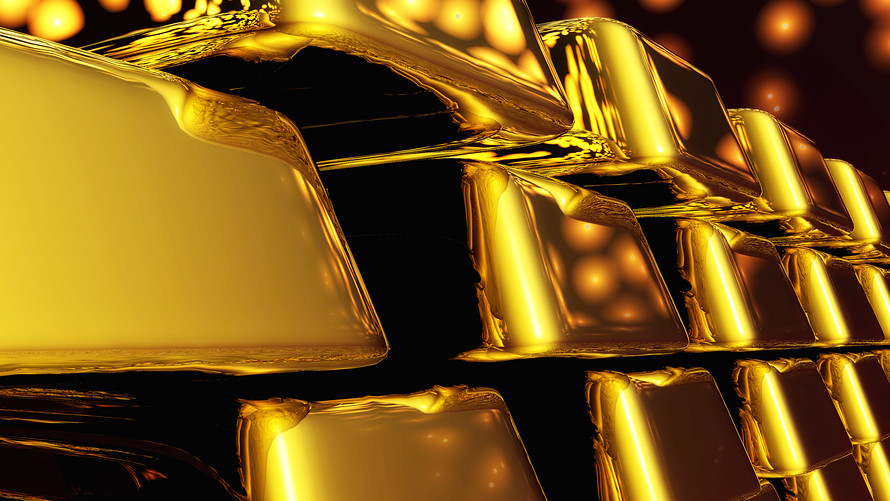 Gold prices fell $4.02 an ounce last Thursday, ending a four-day streak of gains, as geopolitical tensions eased and the dollar strengthened on the back of solid U.S. economic data. Gold failed to test the resistance at $1354 and was unable to break through it .As a result, prices broke below $1347.

In economic news, the Labor Department reported that the number of first-time applicants for jobless benefits fell last week for the third time in four weeks and the Federal Reserve Bank of Philadelphia said the index measuring manufacturing activity in the region climbed to 23.2 from 22.3 the prior month.

This strong news supported the US dollar which in turn created a downward pressure on the yellow metal.

Also pressuring bullion, a U.S. central banker said the Federal Reserve should keep raising interest rates this year and next to keep the economy from overheating and financial stability risks from rising. Higher rates dent the appeal of non-interest yielding bullion while lifting the dollar, in which it is priced

What’s funny is that over the past fortnight the main reason that pushed gold prices high the same reason was responsible for its downward movement last week, thanks to the easing out of geopolitical worries. Investors were less jittery about geopolitical tensions that had supported gold prices earlier in the week, notably Syria and North Korea.

U.S. President Donald Trump said on Sunday the North Korean nuclear crisis was a long way from being resolved, striking a cautious note a day after the North’s pledge to end its nuclear tests raised hopes before planned summits with South Korea and the United States.

Though the geopolitical crisis are still high, but it looks like their severity has declined over past few days and hence gold prices are lying lull.

Gold is often used as safe haven in times of uncertainty and any easing out of such situations will surely pull down gold further.

Gold prices eased on Friday and were on track to end the week lower as the dollar advanced on expectations of higher U.S. interest rates and market players grew a bit less worried about global political and security risks.

This negative sentiment has been forwarded in the current week too. Gold prices slipped to their lowest level in nearly two weeks on Monday as the dollar remained supported on the back of rising U.S. Treasury yields.

Gold, however, does continue to show important support around 1323.00 U.S Dollars per ounce and if the commodity declines further, traders might look for reversals. But patience will be an important piece of the puzzle for market participants.

The chief investment strategist said that gold is an excellent asset to invest in this year, as it guards against sudden shocks and rising volatility, especially in light of all the trade-war fears rocking the markets. Folts added that his preference is gold-backed ETFs.

Investors have also been picking up on geopolitical risks and buying gold ETFs as security. Bloomberg reported last week that the popularity of gold-backed ETFs was at its highest level since 2013.