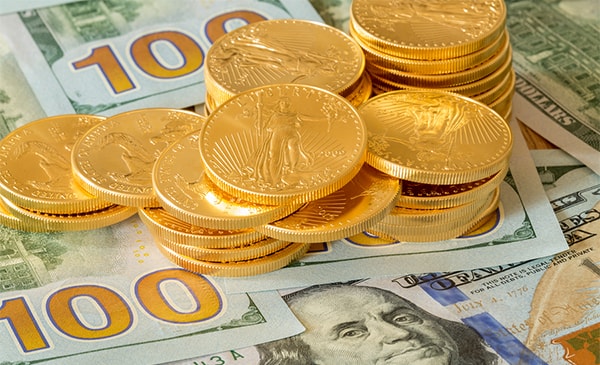 Bullion moved up on Wednesday as geopolitical tensions between US & North Korea and in the Middle East prompted investors to flock to safer assets. Gold was positive by almost half a percent and tested high in the international markets.

Gold prices edged higher on Thursday, after marking a near three-week high in the previous session, as the dollar eased.

Initially what pushed gold prices were factors like geo political uncertainties and safe haven buying. But currently, the severity of these influential factors has subsided and hence gold has been probably tracking the US dollar as its driver for price movement.

The dollar slipped to a more than one-week low against the yen on Wednesday, pressured by worries over possible delays to President Donald Trump’s tax reform plans.

Any potential delay in the implementation of tax cuts, or the possibility of proposed reforms being watered down, would tend to work against the U.S. currency.

On Monday, the Federal Reserve Bank of New York confirmed that William Dudley, among the most influential monetary policymakers throughout the financial crisis and its aftermath, expects to retire by mid-2018.

That raised another question over leadership at the central bank, less than a week after Trump chose a new Fed chief.

Currently the markets are in a fix, wondering what exactly to look for while making their trade. It’s difficult for them to trade even the Fed at the moment and hence as of now all eyes will remain focused on the tax reforms for any further movement in the precious metals market.