In 2018, gold fought against significant demand for traditional stock and mutual fund investments and weathered tremendous exchange-traded-fund outflows. Gold has been under pressure from a stable and slightly appreciating U.S. dollar. Still, gold has shown incredible resilience all year – especially through the first three quarters. 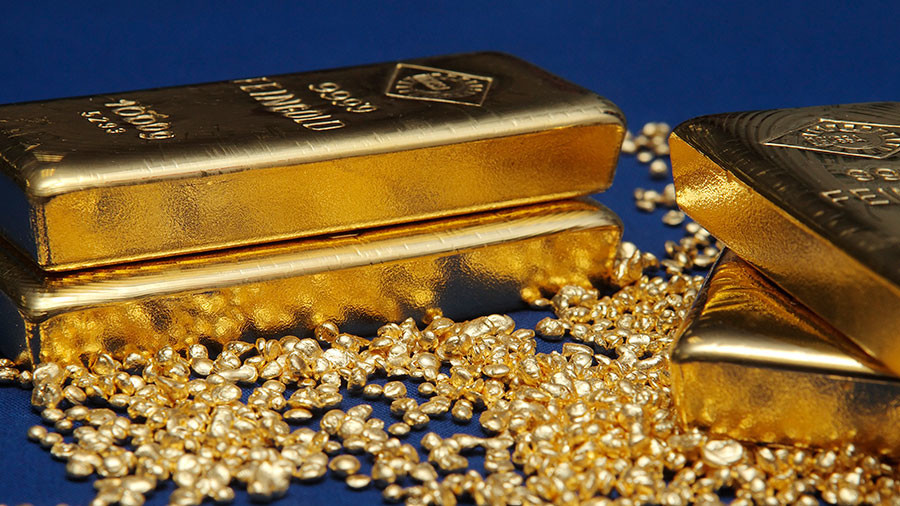 It rallied at year-end, suggesting a flat or slightly positive trend year over year. Much of this is due to the increase in central bank buying from countries like Russia, China, Turkey, Kazakhstan, Poland and others. It’s all part of a larger move to reduce U.S. dollar reserves in favour of gold.

In 2019, it looked as if gold was cashing on the struggle that it faced in the previous year. Gold prices have risen more than 12% since touching more than 1-1/2-year lows in mid-August, mostly on expectations of a pause in Federal Reserve rate hikes.  Investors have shifted their sentiments from bearish to bullish for the yellow metals over more than one reason-

Data– Soft data released from important economies has created a favourable situation for gold.  Gold and the U.S. dollar, both considered as safe-haven assets these days, gained on Friday in Asia following the release of weak U.S. retail sales and China inflation data.

The precious metal attracted some safe-haven bids last week after the Commerce Department reported U.S. retail sales tumbled 1.2% in December. Economists had forecast a gain of 0.1% for the period.

Elsewhere, reports that China and the U.S. have not been making much progress during trade talks this week also supported the yellow metal

Volatility– First, the increased volatility in international markets due to global and economic instabilities will foment the safe haven flows that began in 2018. And gold has a historical record of being a safe haven asset in times of uncertainties thus raised demand for the yellow metal and further pushing its prices.

Fed Rates- Lower rates are disadvantageous to interest-bearing assets such as the dollar, but work in favour of commodities like gold that offer a store of value to investors.

Alternate modes of investment– Alternative assets competing for your investment dollars are not expected to perform well in the coming year. The stock market should continue its descent, either with or without a last hoorah. Interest rates should stabilize in the coming year, so term deposits will continue to generate no real return. Bonds will not be attractive compared with gold.

Central bank buying– time and again central banks have been piling their reserves to reduce their dependency in the US dollar. This once again opens a green window for gold.

Gold’s characteristics- Gold may not give you income but it definitely preserves your wealth. It’s like taking insurance for your finances. And it is expected to play this role to its best in the following months,

Finally, unlike Most investors are waiting to see whether the anticipated rise in gold prices is for real. For them, a breach to the upside of $1,350 per ounce may not be enough. Most will look for confirmation of the breakout above $1,400 an ounce.

In each of the last three years, gold has gotten off to a strong start only to fizzle as the year moved along.  A good many investors, fund managers and analysts think that 2019 might very well be the year when gold breaks the restraints and pushes to higher ground.

Our own view is that gold is due for a rise and most portents are favourable, but the yellow metal is pretty unpredictable in its price pattern.  Overall it serves as a good wealth protector and as catastrophe insurance.  We are not of the ilk predicting a rapid rise to $10,000 – it may get there eventually but probably not in many of our lifetimes.  However there’s enough geopolitical uncertainty around to carry the price back into the $1,400s this year should some of the more worrying scenarios come about.