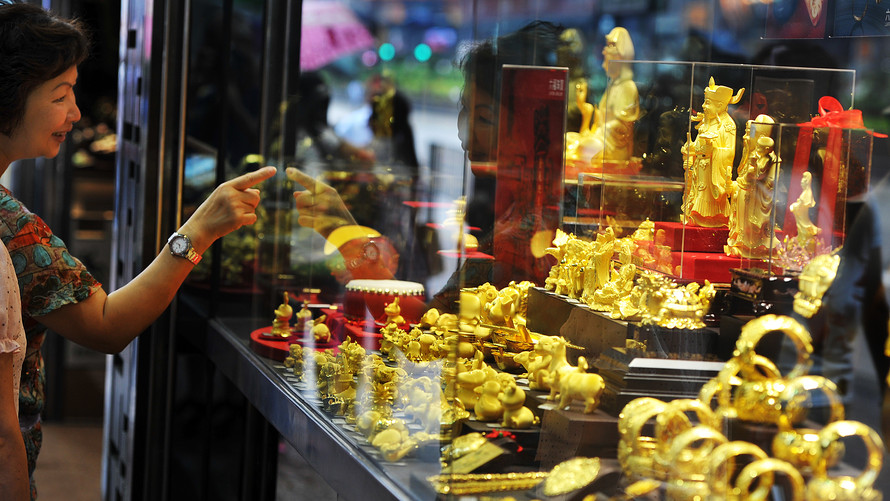 A strengthening US dollar along with a rebound in US Treasury yields has made for a choppy trading atmosphere for the yellow metal.

Gold has settled into a sideways drift after strong gains from $1289.77 to $1300.72 the high, while the greenback corrects lower on Tuesday.

Gold prices continue to consolidate around 1300; just below key resistance which overcome would signal a short-term bullish outlook.

Gold may have trouble breaking significantly above the psychological $1,300-an-ounce level until after next week’s meeting of the U.S. Federal Open Market Committee.

Gold is again battling with the $1,300-per-troy-ounce mark. So far it has been unable to exceed it in any lasting fashion, however, no doubt partly because of the upcoming Fed meeting.

Fed policymakers are widely expected to hike interest rates another 25 basis points. This tends to hurt gold by underpinning the U.S. dollar and increasing the so-called opportunity cost – or lost interest income – of holding a non-yielding asset like precious metals.

This is because the U.S. Federal Reserve will in all likelihood raise interest rates again next week, which probably precludes any noticeable rise in the gold price until then, Commerzbank added.

While gold has traditionally been seen as a tactical way to help preserve wealth during market corrections, times of geopolitical stress or persistent dollar weakness, we think there is a case to be made for gold as a core diversifying asset with a long-term strategic role in multi-asset portfolios

Although global trade fears remain a dominant market theme, the yellow metal clearly needs a fresh catalyst to accelerate the flight to safety. This much-needed catalyst could come in the form of any geopolitical chaos or uncertainty.

A fresh wave of risk aversion birthed from heightened trade fears could elevate gold towards $1,300 and beyond while a sustained weakness blow the current level can pull back gold to $1280 too. So currently we need to wait and keep a watch of the upcoming meetings which will definitely influence gold prices and bring volatility in the markets.