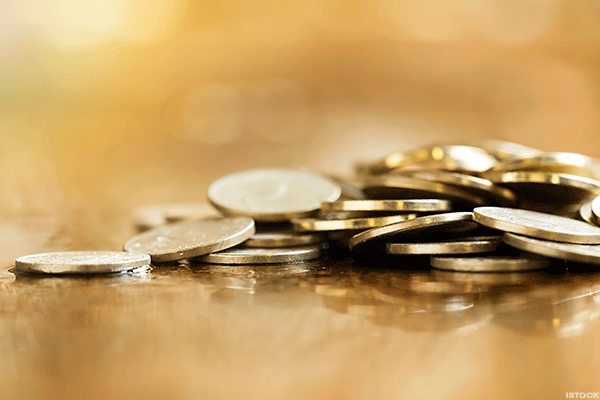 There are many factors that are influencing or rather supporting gold at this point of time.

Gold has actually been in a rather tight trading range, trading from the upper $1,200s to $1,300 an ounce to $1,370 an ounce, probably because there’s the view in the marketplace that there’s other opportunities, whether it’s in other equities or perhaps small-cap stocks, biotech, cannabis stocks or cryptocurrency-type stocks. And yet gold is doing what it’s supposed to do, it’s providing a hedge to monetary policy. Year-to-date, the dollar has been quite weak, and gold has actually done quite well.

Gold has been rising along with inflation, oil prices and commodity prices. Gold market is actually “rather constructive” right now due to a number of factors, including the amount of credit that’s being created and the recent US tax bill.

I think it’s had a number of attempts to break through that $1,365 or $1,370 mark and it might break through this level in 2018. There are definitely many aspects that are building whether it’s the deficits or the geopolitical environment. Gold was very responsive in March over the Syrian attacks and with the North Korean developments, but due to certain political uncertainties in the US, it was actually difficult to understand US’s political agenda which has kept the gold prices underpinned.

Until then, gold seems to have carried the green territory forward in the past week too. Gold prices posted the largest one-day gain in six weeks as global risk aversion sent capital flows rushing to the safety of Treasury bonds. That pushed yields lower and bolstered the relative appeal of non-interest-bearing alternatives epitomized by the yellow metal.

Gold prices surged on Thursday, propelled above $1,300 per ounce as the U.S. dollar weakened, after U.S. President Donald Trump called off a summit with North Korea, stoking political tensions. Trump cancelled the meeting with Kim Jong Un, planned for June 12, even after North Korea followed through on a pledge to blow up tunnels at its nuclear test site. The cancellation prompted investors to seek a safe store of value. Rising demand for the yellow metal pushed its prices higher.

Spot gold gained 0.9 percent at $1,305.18 per ounce during Thursdays trading hours. Gold got momentum on news the North Korea meeting was cancelled but Before the North Korea news, spot gold was slightly firmer but had been losing ground for weeks, shedding 5 percent since touching $1,365.23 on April 11, the highest in nearly three months.

Currently, it’s a bit difficult to find any factor that would go against gold and influence its prices downward. The glittering metals safe haven appeal also glittered after the U.S.launched a national security investigation into car and truck imports that could lead to new tariffs similar to those it imposed on steel and aluminium.

Furthermore, Turkey has been in the spotlight and the lira weakened more than 2 percent, the day after a huge emergency interest rate hike intended to stem its slide.

Gold was also buoyed by a weaker dollar, which slipped to a near two-week low against the Japanese yen, and lower U.S. Treasury yields. Adding to the rally, we saw the minutes of the Fed meeting that were les hawkish on interest rates.

And if these reasons aren’t enough, the bullishness is also related to the fact that US’ expansionary phase is in the late cycle.

Gold has historically rallied even after business cycle starts to turn. And also rallied even if the US economy starts to fall into recession and currently Dollar strength looks as f it will fade away soon.

We might also see the European and Japanese market strengthening which might further weaken the dollar and create an inverse relation with the yellow metal this creating a rally in gold prices once again.

The markets’ mood soured as President Trump called for a similar probe into auto imports that preceded the recent steel and aluminium tariff hike. Canada is a major importer of motor vehicles into the US, so the move casts a cloud over NAFTA renegotiation efforts. He then cancelled a June summit with North Korea’s Kim Jong-un, ominously hinting that the US military is prepared to take whatever action necessary.

The gold price may not be as high as some investors want it to be, but according to Doug Groh, portfolio manager at Tocqueville Asset Management, the yellow metal is performing just as it should be.

“Gold is doing what it’s supposed to do, it’s providing a hedge to monetary policy,” he said at the sidelines of the recent Mines and Money conference in New York.

Groh emphasized that it’s important for investors to remember that gold is “not necessarily supposed to [put on] a performance in a portfolio … it’s a sense of security and store of value.” He added, “Gold offers an alternative in a portfolio in that it’s not correlated to other assets.”