To recap, gold prices have held pretty firm in 2018. Trading just 5% lower versus the Dollar, gold has now risen back to last New Year’s Eve for Euro and UK investors. 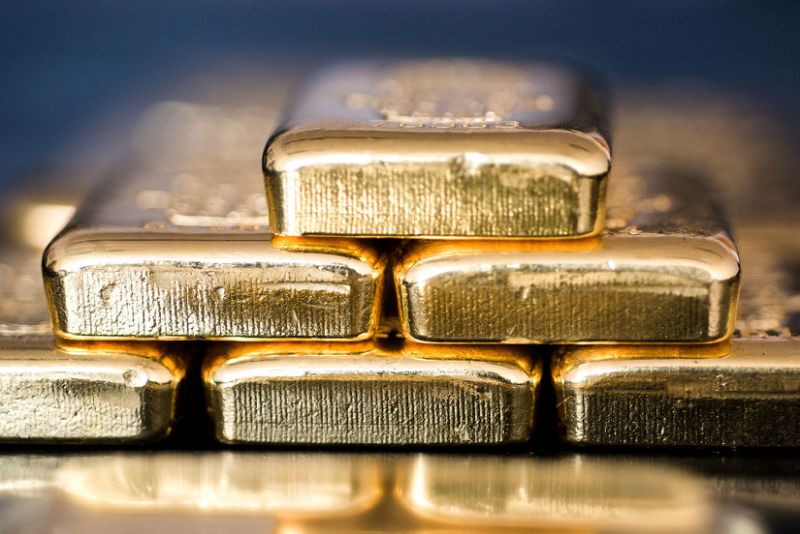 Gold futures on Monday closed out New Year’s Eve with a loss for the session and year, but garnered some upward momentum as stock-market carnage reignited haven-related demand and as the dollar weakened somewhat. Weakness in equities over the past three months has given bullion some support, as has a weakening dollar over the past month. A weaker buck can provide support for commodities priced in the unit, as it makes it cheaper to users of other currencies.

Gold was expected to drop with the stock market, but instead it rose. It was expected that gold will behave the way it did in 2008. But there are big differences between now and 2008, it still looked likely that gold would get dragged down with the stock market when it dropped hard due to a flight into cash driving the dollar up but so far at least, this has not happened.

The biggest difference between now and 2008 is that back then money flooded into the dollar in order to buy Treasuries, but this time round that does not appear to be happening, and it is not hard to see why. Those who have been paying attention will know that other major powers like China and Russia have been preparing to dump the dollar for a long time now, by buying gold as fast as the West will sell it to them, devising their own payments systems to replace the SWIFT system and making bilateral trade agreements, etc. They also know that unless they have the military power to defend themselves, they would at some point be subject to military aggression by the U.S. if they try to cease using the dollar, hence their major effort to beef up their defensive capabilities.

Thus, what we are seeing is an intensifying buyers strike with respect to Treasuries that will continue to hike interest rates until the economy implodes, a process which has already started.

Thus, the fact that the dollar failed to rally either on the severe drop in the stock market of recent weeks or on the latest rate hike is viewed as an ominous development, both for the dollar itself and for the economy. This is what gold is picking up on and is the reason why it is has started to move ahead over the past couple of weeks.

Currently, the biggest threat to the gold market remains the U.S. dollar. However, the greenback could less of a factor to the precious metals market if equity markets continue to push lower.

Though gold isn’t guaranteed to rise in price but global issues might spark trouble for investors. So in order to maintain a balance, owning a little physical bullion, stored securely and ready to sell the moment you need looks like a wise decision, given the fact the 2019 has come into view and a lot of ups and downs are expected to shake the market.