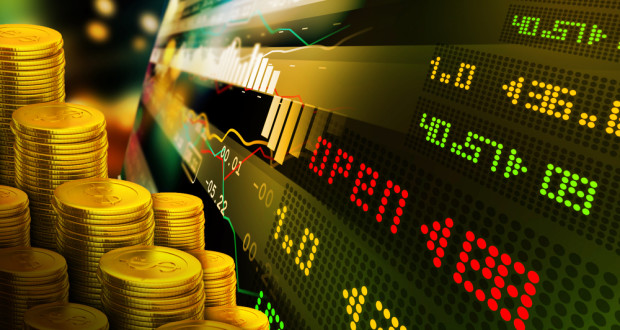 Last week gold witnessed a lot of volatility in the market but not much uptrend. It repeatedly failed to penetrate the resistance level of $1302 an ounce. And by the end of the week gold was expected to take a huge leap provided the US nonfarm payrolls data would have been way beyond expectations.

Gold settled back below $1,300 an ounce on Friday, as upbeat monthly U.S. employment data buoyed the dollar and suggested that the Federal Reserve remains on track to raise interest rates later this month and later this year.

Data released on Friday showed that

Gold was pressured downwards due to

This data can further help and support Fed officials to hike the interest rates again in June and further keep them on a gradual hiking place.

Rising real interest rates impact the opportunity costs of holding gold because the metal provides no yield, and entice investors to rotate into riskier assets like stocks. Higher rates may also boost the value of the dollar which usually moves in the opposite direction of the gold price.

Market players had expected European geopolitical tensions to influence gold prices and pull it across the $1300 mark, but it seems that gold will be having a tough time to scale that point.

Apart from the US data and other issues, gold is also being influenced by other global issues.

There is currently a wave of populism riding in Italy that is sure to bring more volatility to the markets, and with financial unrest comes a surge in gold.

Italy is experiencing a contagion problem around the build-up of debt that originated with the 2010 debt crisis.

In 2010, the concern was that most of the bad loans in Italy and Spain were owned by French and German banks, and the E.U. since then has escalated by 300% owning these bad performing loans,” he said.

Mounting non-performing loans mean that credit default swaps may rise, and banks may opt to buy gold bullion as a hedge against market risks.

History says that trying to trade gold bullion as a political or short-term ‘safe haven’ is unlikely to pay. Smarter traders have in fact gone the other way over recent months, selling when the headlines screamed crisis and buying back when prices then eased. Or take the long view, and use gold to balance the risk of extended falls in the stock market.

It isn’t guaranteed to work. But that is how things have tended to play out for the ‘safe haven’ metal.