Gold goes weak for this week

Gold has witnessed a decline in the current week thanks to the strengthening dollar. Gold prices fell on Wednesday and Thursday as the dollar traded higher. 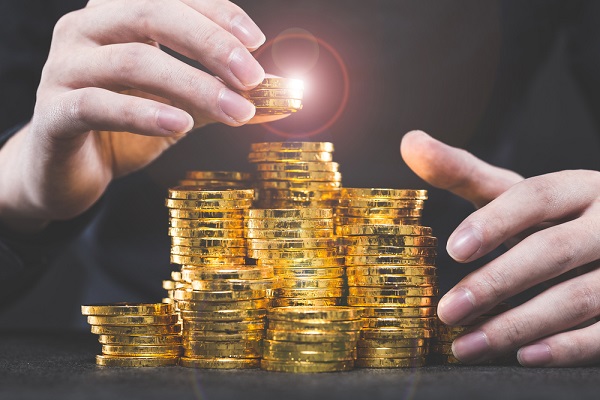 Gold prices sank as hawkish comments from Fed Chair Jerome Powell pushed the US Dollar higher (as expected), undermining the appeal of non-interest-bearing and anti-fiat assets. He argued that despite recent worries about trade tensions, the economy remains in good shape and the best path forward continues to be a gradual increase in interest rates.

Powell reiterated the likelihood for gradual interest-rate tightening, suggesting the Fed was on track to raise rates twice more before the end of 2018.

The fall in gold prices came as the dollar held firm against its peers following bullish comments from Powell. The U.S. Dollar Index remained unchanged at 94.84 on Thursday after hitting a three-week high of 95.407 the previous day

On the U.S. data front, housing starts in June dropped by 12.3% from numbers in May, which were also revised lower, and were 3% lower than year-ago levels.

Meanwhile, the pound also weakened against the greenback, late Tuesday in New York. The pound’s slide comes amid signs that inflationary pressures in the U.K. are easing, which make the Bank of England may think twice about raising its key rate by 25 basis points, as is still expected by market participants.

U.K. consumer prices rose 2.4%, unchanged from May and missing expectations of a 2.6% reading. Core inflation slipped to 1.9%, falling below the Bank of England’s 2% target.

Seeing the bigger picture, we can say that the Fed is confident enough of the dollar getting stronger in light of a positive economic growth. And this may result in interest rates hike which will further make the dollar more attractive relatively to other currencies.