Gold continues to be viewed as a safe haven asset

Bullion was exposed and pressured by two different situations in the past week as comments from Federal Reserve Chairman Jerome Powell damped expectations for a lengthy easing cycle, while fresh U.S tariff threats a day later fuelled global-growth concerns that renewed demand for the metal as a haven. Payrolls data Friday showing higher U.S. wages and slower job gains did little to add clarity. 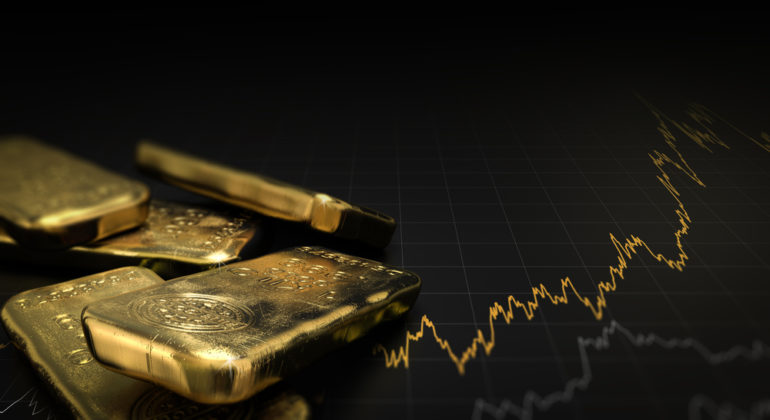 Non-farm data suggest weakness in the U. S. job market. Despite a modest rebound in non-farm payroll data on Friday, the three-month average of 140000 growths was the slowest in nearly two years, while growing international trade concerns continued to put pressure on the dollar. This allowed the market to digest the impact of previous hawkish interest rate cuts by the Federal Reserve, while the dollar fell below the 98 mark within the day.

A U.S. government report Friday showed average hourly earnings climbed 3.2% from a year earlier, better than forecast, while the three-month average increase in payrolls was the slowest in almost two years. That came a day after Trump said in a tweet he plans to impose a 10% tariff on $300 billion of Chinese imports beginning Sept. 1, and Beijing pledged to respond if he follows through.

Basically, the U.S. payrolls number didn’t really matter at all today because Trump had unleashed his trump card on China.

Gold steadied on Friday in seesaw trade as the dollar retreated on lacklustre U.S. jobs data, putting bullion on course to notch its best week in six weeks following a surge of more than 2% in the previous session as U.S.-China trade relations soured further.

The uncertainty created by Trump will not end soon and that $1400 is expected to be a very important support level for gold.

The week opened with a bang for gold. Gold prices edged higher on Monday, helped by a weaker dollar and escalating trade tension between the United States and China.

Furthermore, Yuan has lately seen more depreciation to ward odd the recent US tariff hikes. Currently it’s above 7% and is expected to move towards 7.40 %- 7.50 % to adjust the recent $325bn new US tariffs of 10%.

On the other hand, Central banks around the world entered an easing cycle, focusing on Australian and New Zealand Fed interest rate decisions announced on Tuesday and Wednesday, respectively

For its part, the ECB, while keeping interest rates unchanged, said it would maintain a highly loose monetary policy position for a long time, while markets expect the ECB to still have room to cut interest rates by 20 basis points in the future.

Although Fed Chairman Powell hinted that the rate cut was not necessarily the beginning of the easing cycle, the move meant that the timing of the Fed’s next rate cut could still be remote, unless the US economy has since taken a dramatic turn for the worse.

Another negative development on the ongoing Hong Kong protest which has further gone into a warning of closing financial exchanges in Hong Kong.

The 2 major shooting incidences in the US resulting in the death of 30 innocents led to the breaking down of US 10y and DOW.

This was further reflected in the rally in gold prices, where the yellow metal was seen at a new 6 year high of $1468. The USD INR weakened substantially as markets opened on Monday by over 1% at 70.3.

Now global economies seem to have torn and are on the verge of recession and Trumps action against each sector is proving to be responsible for that.

The think point for traders for the entire week would be to take their profits whenever they are realisable.