Gold caught between Rally and Re-bounce 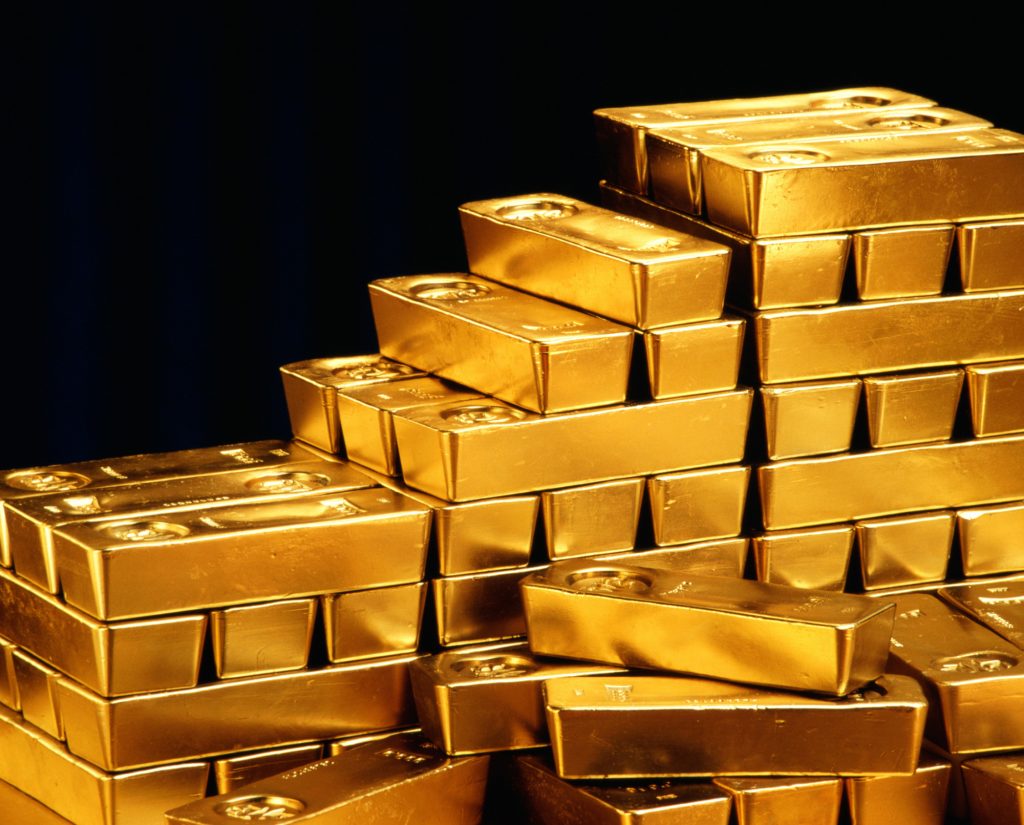 Gold headed for a weekly decline as we saw prices dropping over strengthening U.S dollar.
Gold prices nudged lower on Thursday, with investors taking profits after gains of nearly 1
percent in the previous session on weaker U.S. economic data and concerns among some
Federal Reserve policymakers over lower inflation.
Gold had surged higher on Wednesday, buoyed by the US Federal Reserve’s (Fed) concerns
about persistent low inflation which saw the dollar slide.
The dollar suffered its biggest drop in five months on Wednesday after minutes from the
U.S. Federal Reserve&#39;s showed &quot;many participants&quot; were concerned inflation would stay
below the bank&#39;s 2 percent target for longer than expected.
The greenback was still nursing losses on Thursday, supporting dollar-priced gold by making
it cheaper for non-U.S. investors.
Spot gold was 0.1 percent lower at $1,290.82 per ounce by 1313 GMT on Thursday. Gold
still needs that one boost to achieve a support price of $1325 an ounce.

Trading was lighter than usual on Thursday, with Japanese financial markets shut for a
public holiday while U.S. markets would be closed for the Thanksgiving holiday.
In wider markets, Chinese stocks suffered their biggest fall in almost two years, weighing on
global equities, denting risk appetite and providing underlying support for gold, seen as a
safe haven asset.

With Chinese stocks down, low yielding currencies such as the Japanese yen and the Swiss
franc remained firmly supported against the dollar.
Earlier in the week, Fed Chair Janet Yellen stuck by her prediction that U.S. inflation would
soon rebound, but offered an unusually strong caveat that she was &quot;very uncertain&quot; about
this and open to the possibility that prices could remain low for years to come.

After nearly a decade of pumping up the US and global markets, Janet Yellen and team are
now starting to show some concern for financial market prices. The FOMC is concerned that
they are getting out of hand and are a danger to the US economy.
The minutes of the Fed’s October meeting show that the committee is largely optimistic
about the US economy:
“In their discussion of the economic situation and the outlook, meeting participants agreed
that information received since the FOMC met in September indicated that the labor market
had continued to strengthen and that economic activity had been rising at a solid rate
despite hurricane-related disruptions.”

Currently the yellow metal is caught in the middle strong influential factors leaving markets
perplexed over a rally or rebound in its movements.
Gold, silver and platinum prices have found bases and look set to remain range bound for
now. The lack of any immediate geopolitical tension over North Korea has reduced the need
for haven demand. With equities still generally upbeat, the opportunity cost of holding
bullion is high, but the fact precious metals prices are not trending lower given the strength
in equities is noteworthy. The weaker dollar should help underpin firmer precious metals
prices.
Financial history revels that majorly investors would see to traditional financial systems to
gain complete benefit of uncertainties. That would show through in traditional assets like
shares and fixed income with benefit shifting to those markets that are not perceived to
depend on the sanctity of governments and corporations that are prone to excess and can
readily find their correlation surge ‘to one’ in the event of heavy market movement.
This talking point seems to be born out of the skepticism that has arisen through the
excessive stimulus and maintenance of extremely low interest rates by the world’s largest
central banks.
Gold would also be sympathetic to such a view as the historic, accessible and regulated
alternative asset. I think the lack of relationship is due to the premise of the theme rather
than a systemic change in Gold’s nature. Either way, we will see this contrast resolved in the
weeks ahead.