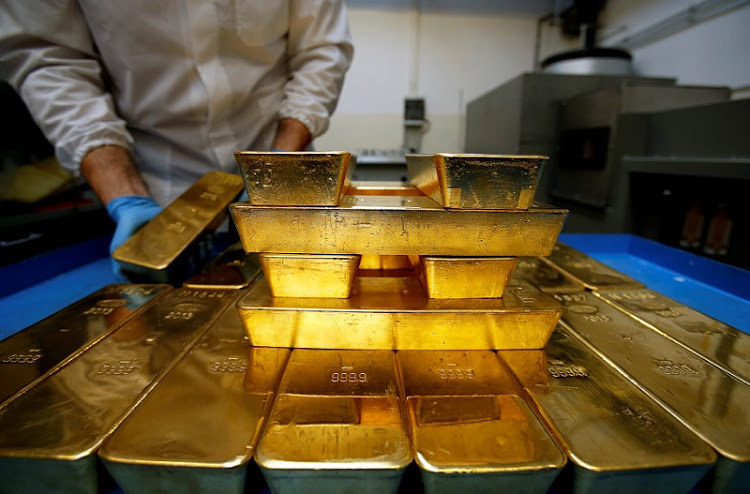 The People’s Bank of China increased holdings to 59.56 million ounces by the end of December, or about 1,853 metric tons, from 59.24 million ounces previously, according to data on the central bank’s website. They had been unchanged since about 130,000 ounces were added in October 2016.

China has long been wanting to reduce its dependency on the US dollar. The ongoing trade war is threatening its economic growth.

Several large emerging economies, which today fuel most of global growth prospects, and major oil exporters, are intrigued by the idea of re-coupling gold with a multilateral currency basket to avoid excessive exposure to US dollar-denominated energy and commodity markets.

Spot gold had its strongest month in almost two years as those fears spurred a whirlpool in equities and the dollar and boosted demand for the precious metal as a haven. And hence the world’s biggest producer and consumer boosted holdings of bullion.

But it was not an overnight thing. China has been piling reserves since quite some time. It had last released the figures in 2016 and now suddenly. And it’s not just China that has been doing this.  As Bloomberg reports, Poland and Hungary surprised the market in 2018 by adding to their gold holdings for the first time in many years.

Furthermore, there have been interesting shifts in gold reserves. While advanced economies, such as the US and Germany, still own most global gold reserves, the US has increased its gold holdings in the past decade only marginally, while Germany has been forced to cut its reserves. In contrast, China has tripled its reserves, while Russia has nearly quintupled its gold (after dumping billions of US Treasuries), despite rounds of sanctions.

Fresh comments coming in from Federal Reserve Chairman Jerome Powell on Friday, got in a fresh rally in gold prices. The statements released boosted the chances that the central bank will pause interest-rate increases. Speculation that the Federal Reserve may pause its interest rate hikes has given further strength to gold’s rally into the new year and assets in bullion-backed exchange-traded funds are at a seven-month high. Spot gold was trading 0.5 percent higher at $1,291.83 an ounce as the week ended. Strengthening of the yellow metal has further weakened the greenback.

Gold was out of favour for much of 2018 as a result of the strong dollar and interest rate increases in the US. The precious metal traded as low as $1,174 an ounce in August, despite rising geopolitical tensions.

However, sentiment began to improve towards the end of the year, as volatility increased further and US stocks suffered.

THOSE analysts who believe that fear has made a comeback argue that gold is benefiting as equities slide and investors are increasingly concerned about the economic prospects of the United States (US), China, Europe and Japan. Yet, even at $1,290, gold still remains more than 30 percent behind its all-time high of $1,898 in September 2011 amid the US debt-limit crisis.