US STIMULUS TALKS AND BREXIT DEAL IN FOCUS 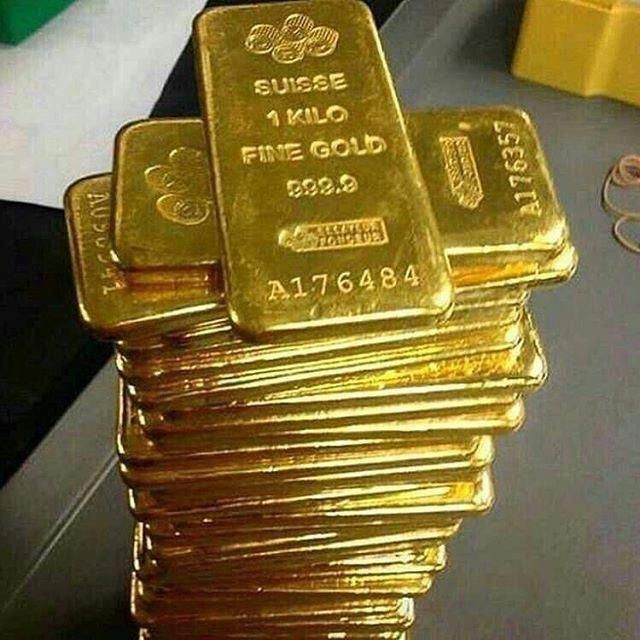 The Gold prices climbed to its highest level in a month at Rs 50650 on Thursday as the selling pressure surrounding the greenback intensified throughout the week. Although the pair lost its bullish momentum on Friday, it settled around Rs 50300 and still ended up gaining more than 2% on a weekly basis.

The coronavirus vaccine rollout, BREXIT optimism and heightened hopes for a US stimulus bill caused risk flows to dominate the financial markets and continued to hurt the greenback. Mirroring the broad-based USD weakness, the US Dollar Index, which tracks the buck’s performance against a basket of six major currencies, broke below 90 for the first time since April 2018. The upbeat macroeconomic data releases also provided a boost to risk sentiment.

Meanwhile, the US Federal Reserve’s dovish policy outlook put additional weight on the USD’s shoulders toward the end of the week. Following its last meeting of 2020, the FOMC left its policy settings unchanged as expected. During the press conference, FOMC Chairman Jerome Powell said that they remain open to increasing the size of asset purchases if required. Additionally, Powell reaffirmed that the Fed will not hesitate to do more if needed by using all of its tools available

Next week will be relatively quiet in terms of significant macroeconomic data releases and events. Also, the upcoming Christmas holiday is likely to cause volumes to thin out and keep the trading action subdued.

On Monday, the People’s Bank of China (PBOC) is expected to keep its policy rate unchanged at 3.85%. Later in the day, the Federal Reserve Bank of Chicago’s National Activity Index will be the only data featured in the US economic docket.

On Tuesday, third-quarter GDP data from the UK and the US will be looked upon for fresh impetus. On Wednesday, Personal Spending, Personal Income and the University of Michigan’s Consumer Sentiment Index will be published from the US ahead of Thursday’s Durable Goods Orders.

US stimulus talks continue with some suggesting a deal could be made in the course of the next 48 hours. A new stumbling block arose after a Republican Senator sought to introduce language in the bill that would prevent the Fed from reviving several facilities that are due to expire at the end of the year. But that didn’t stop US yields to stage a sharp intraday U-turn, erasing all losses as the US joined dealings.Asian-Pacific mood turned sour after Reuters reported the US will blacklist nearly 80 Chinese companies, preventing US companies to trade with them. Most indices trade in the red.

On the daily chart, the Relative Strength Index (RSI) indicator stays near 56, suggesting that gold as well as digital gold has more room on the upside before becoming technically overbought. The initial hurdle aligns at Rs 50830, the Fibonacci 38.2% retracement of November decline. Above that level, next hurdles could be seen at Rs 51850 and Rs 52000. 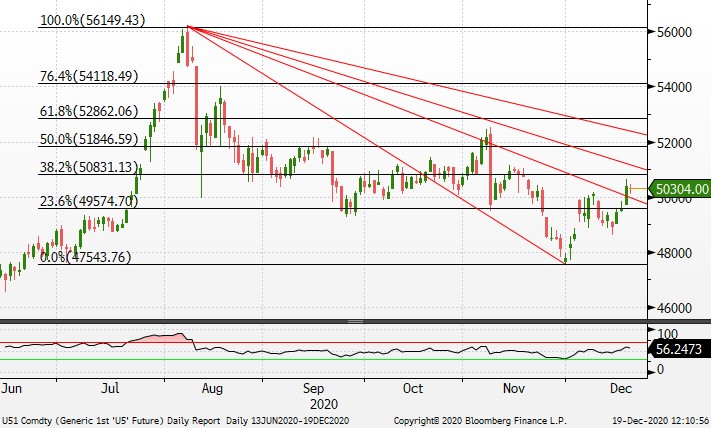