HOW WOULD US ELECTIONS IMPACT GOLD PRICES 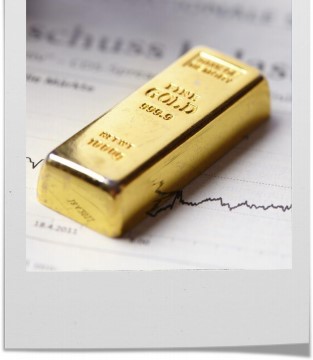 Gold has been a phenomenal investment this year, protecting savers’ nest eggs by making strong returns. But more recently the price has started to decline, leaving owners bemused on whether to stick or switch. The precious metal’s price has risen 22% thus far in 2020 and has been one of the best places to hold your cash. The metal tends to be owned by investors because it is a “safe haven” if markets fall. This explains why it did so well earlier this year, and why, as markets recovered, the price fell.

Under the U.S. President Donald Trump, gold saw a 50% gain in just four years, and there is no reason why the precious metal can’t rise by at least as much under the next president. I view gold similarly to 2001 when the gold bull market got started. The metal is currently resuming the bull market that started 20 years ago. This is simply an attempt to forecast what market participants might see if Joe Biden is elected as the next president of the United States.

The last presidential debate has concluded, and the polls currently indicate that former Vice President Biden has a 10-point lead, which means that investors in physical as well as digital gold need to understand the possible impact of a Biden victory as it relates to gold pricing. If history is any indication as to whether or not analysts can predict how gold prices will react, one simply needs to look at how gold prices moved in November 2016 when voters elected Donald Trump. Most analysts believed a Trump victory in 2016 would be extremely bullish for gold and in the case of the 2016 election most analysts, got it wrong

During the 2016 election, gold prices immediately gained $50 following the announcement that Donald Trump had won the presidential election, then we witnessed gold’s price encounter a 180° reversal. Gold jumped from $50 higher to $50 lower within hours after the election results were made public. If history has taught us anything it is to expect the unexpected. It has taught us that the economic models used to forecast price changes in stocks and commodities are not etched in stone. Which leaves us with the following take away; the probability that the outcome of the election will create unexpected results as it pertains to gold prices is high.

So, what would a Biden presidency mean for gold? Simply put it is not that easy to predict. Many analysts believe that a Biden victory would be extremely bullish for gold prices. This is a logical assumption but by no means can be taken as gospel. What history has taught us more than anything else is to expect the unexpected?