Akshaya Tritiya- Where Gold IS loved by All

Akshaya Tritiya’ a day for GOLD?

India is probably the only country where a religious day is linked to a practice of gold buying. It is the Akshaya Tritiya festival day and we are talking tons of gold here. According to estimates, Indian consumers bought about 20 tonnes of the precious metal on this festive day in 2010. However this was much lower than the buy in 2009 due to soaring prices. India, the world’s largest consumer of the yellow metal, bought some 45 tonnes of Gold in 2009. So what makes Akshaya Tritiya a day for GOLD? 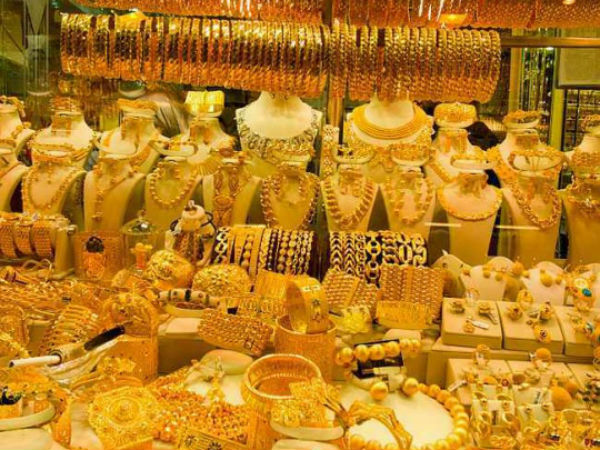 For Indians buying gold is a popular activity on Akshaya Tritiya day, as it is the ultimate symbol of wealth and prosperity. This day is important to both Hindus and Jains. According to the traditional panchang Akshaya Tritiya falls on the third day (Tritiya) of the new moon of Vaishakh month (April-May) every year.

Akshaya in Sanskrit means one that ‘never diminishes’ (akshaya) and the day is believed to bring good luck and success. Hindus believe they can get lasting prosperity by buying precious metals on the day. Akshaya Tritiya is traditionally earmarked for beginning new ventures, for investing and purchasing valuables especially gold, jewellery and diamond. It is no surprise Indians buy gold on Akshaya Tritiya as it is considered very auspicious and a safe investment. It is also believed that any meaningful activity started on this day would be fruitful.

We all know that 2011 was the best performing year for gold wherein the yellow metal gave highest returns compared to all assets in it class.

Economically this day is quite productive for marketers as they cash in on the festivity to boost their sales. Marketers indulge in high voltage advertisement campaigns especially the jewellery stores. In fact people in India and overseas book jewellery in advance and take delivery on Akshaya Tritiya day. It’s a day of frenzy buying for all precious metals especially gold. Sales on Akshaya Tritiya day usually increases four to five times compared to normal days. Traditionally the preference for customers is to buy light-weight jewellery, diamond jewellery but today’s economic superpower India sees several buyers preferring diamond jewellery purchases.

India is a secular country and each religion has its own story behind the celebrating Akshaya Tritiya and buying gold on this auspicious occasion.

Let’s have a brief look at the different stories behind each celebration.

According to Hindu astrology, the entire Akshaya Tritiya day is auspicious. So there is no need to look for an auspicious time i.e. no ‘Muhurat’ required on this day. This is the only day in any year when the Sun which is the lord of the planets and Moon which is the lord of creativity are in exaltation meaning at their peak of radiance. Astrologically this is extremely auspicious. That also makes this day one of the most popular dates in Hindu calendar for marriages and partnerships.

Glance through the annals of ancient Indian heritage and one finds that on this Tritiya day of Vaishakh month many significant things of great spiritual importance happened. According to Jain legends, this day is auspicious as people from Ayodhya bought gold and jewellery to offer to their Tirthankara Rshabhdev who was the King of Ayodhya centuries ago. Jains, even today, observe long term fast to commemorate their first Tirthankara Rishabhdev and break their fast on Akshaya Tritiya day with sugar cane juice as Rishabhdeva broke his fast with that juice after 1 year.

According to the ancient Hindu religious texts like the Puranas, this day marked the beginning of the “SatyaYug” or the Golden Age – the first of the four Yugas. It is believe that on this day Lord Krishna gave Draupadi a bowl – Akshaya patara (where food came in abundance) when the Pandavas were in exile. Traditionally this third day in the bright fortnight of Vaishakh is also the day of the sixth incarnation of Lord Vishnu ~ the ‘preserving’ manifestation of God in the Hindu Trinity.

On this day of Akshaya Tritiya, Maharishi Veda Vyas along with Lord Ganesha started writing the great epic Mahabharata. It is also the day the most sacred river of the Hindus, Ganga descended to earth. On this day Sudama visited his childhood buddy Lord Krishna with a hearty gift of a handful of beaten rice (poha). The good returns (prasad) he got in return for his devotion to the Lord is a classical story told in Hindu households. On such a day associated with Lord Krishna the story of Sudama’s offering is mentioned along with Lord Krishna’s affirmation in his Holy Gita ~ “Whoever offers a leaf, a flower, a fruit or even water with devotion, that I accept, offered as it is with a loving heart “.

Thus, many are the reasons for Akshaya Tritiya to be considered a wish fulfilling day. Any worship performed or daan (donation) given on this day is considered extremely good karma. Good karma is considered meritorious and is supposed to bestow beneficial results.

Wold over, gold never seems to lose its sheen and in the domestic market it seems to glitter perpetually. And festivals like Akshaya Triritya keep adding shine to the yellow metal. And there are plenty of instrument apart from jewellery, like coins, bars and exchange traded funds (ETF) that one can invest in.