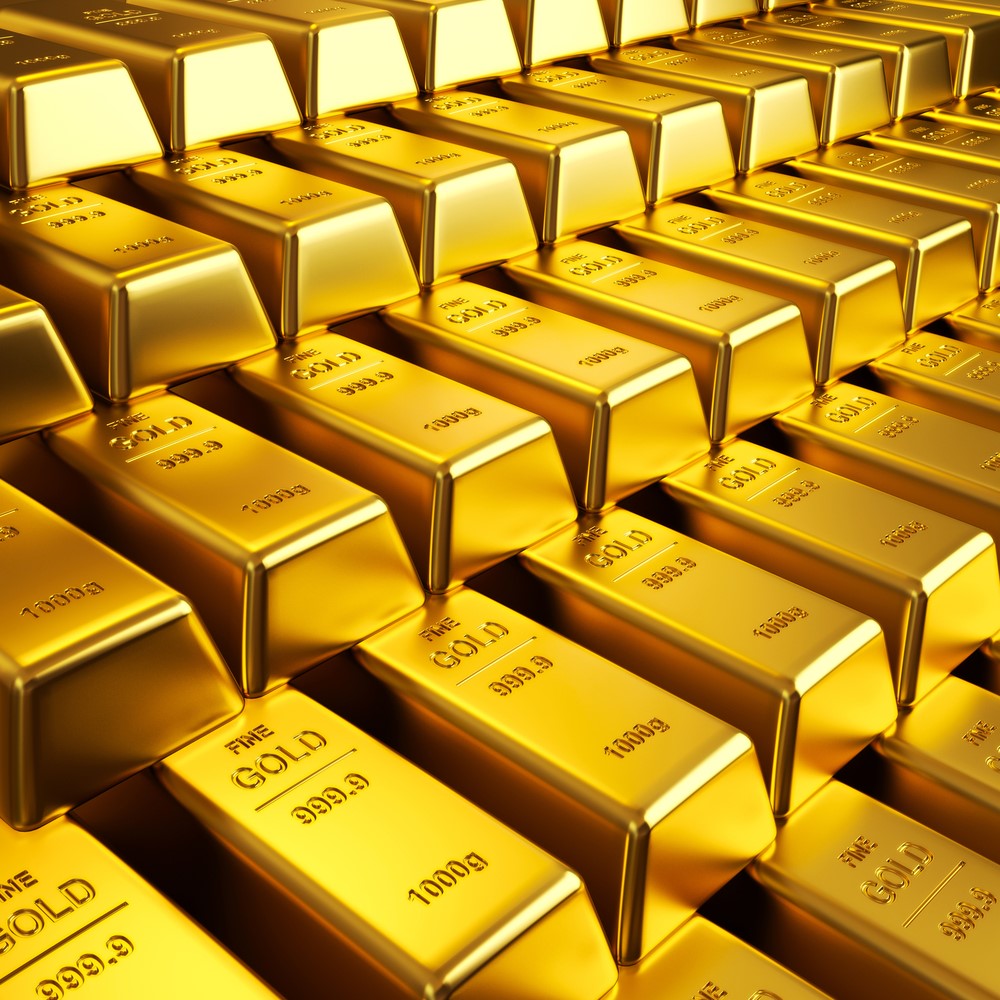 The market mood remained upbeat at the start of this week after the data from China showed that the business activity in both the manufacturing and the service sectors continued to expand at a robust pace in November. Furthermore, heightened hopes for the UK-EU trade deal and coronavirus vaccine optimism allowed risk flows to dominate the financial markets. The precious metal struggled to find demand on Monday and prices touched its lowest level since late June at Rs 47500/10 gm.

On Tuesday, the ISM Manufacturing PMI in the US arrived at 57.5 in November and fell short of the market expectation of 58. However, the risk-positive market environment lifted the S&P 500 and the Nasdaq Composite to fresh all-time highs and caused the greenback to come under heavy selling pressure. With the US Dollar Index starting to fall sharply, Gold staged an impressive rebound and gained more than 2% on the day.

In the second half of the week, the USD continued to lose strength and the DXY slumped to its lowest level since April 2018 at 90.51. On Thursday, meanwhile, the data from the US revealed that the weekly Initial Jobless Claims declined by 75,000 to 712,000 in the week ending November 28th and came in much better than analysts’ estimate of 775,000. Additionally, the IHS Markit’s Services PMI rose to its highest level in more than five years at 58.4. On a negative note, the ISM Services PMI declined to a six-month low of 55.9 but showed that the service sector continued to expand despite the second coronavirus wave in November. The S&P 500 notched a new record high and bullion extended its rebound into a third straight day.

Finally, the US Bureau of Labor Statistics highly-anticipated labour market report on Friday displayed that Nonfarm Payrolls in November increased by 245,000 to miss experts’ forecast of 469,000 by a wide margin. Regardless, Wall Street’s main indexes continued to push higher and Bullion erased only a small portion of its weekly upsurge amid profit-taking.

View for next week

European Central Bank’s (ECB) monetary policy decision is on Thursday. The ECB made it clear that it will be taking action to address low inflation and the loss of momentum in the economic recovery. In the last couple of weeks, ECB officials noted that they were looking to adjust TLTRO and the Pandemic Emergency Purchase Programme (PEPP) with an aim to provide additional stimulus. If the ECB’s policy announcements trigger a significant move in EUR/USD, it could be possible for the Gold prices to show a similar reaction through the shift in the USD’s market valuation.

Later in the week, the Initial Jobless Claims and the Consumer Price Index (CPI) data will be featured in the US economic docket. More importantly, the US Food and Drug Administration (FDA) is expected to announce toward the end of the week whether it grants authorization to the emergency use of Pfizer’s and Moderna’s coronavirus vaccines.

A positive outcome is likely to help risk-sensitive assets continue to find demand and hurt the USD. However, physical gold, as well as digital gold, suffered heavy losses in early November after those companies released their phase three trial results and Gold’s upside could remain limited even if the greenback stays on the back foot.

This week’s decisive rebound lifted Gold back above the key Rs 48000 level and ramped up the technical buying pressure. As long as the price of gold manages to hold above that level, more buyers could come in and help the bullish momentum gather strength. 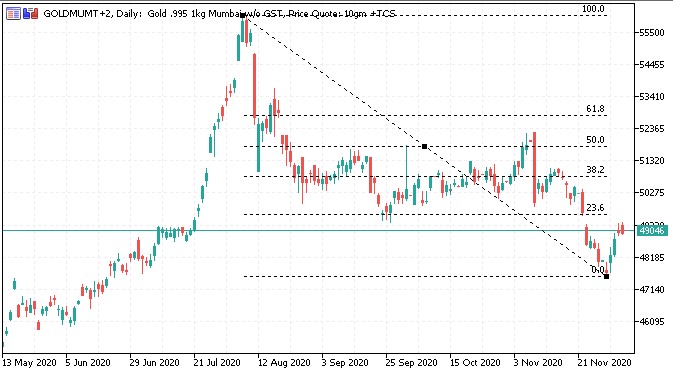 The former support turned resistance level of Rs 49400, currently aligns as the next hurdle. A daily close above that level could open the door for additional gains toward Rs 50000. On the downside, Rs 48000 is an important support and the near-term outlook could turn bearish if the price retreats below that level. The next significant support could be seen at Rs 46500.